on April 26, 2014
This all started a couples of weeks ago on the Twitter and Facebook page of Food Bloggers Association, India (FBAI), where they announced a competition in collaboration with Beacon Holidays - India, in which the participants had to tell something they love about New Zealand in less than 12 words.

After me submitting my answer on the Facebook page of Beacon Holidays - India, i almost forgot about that i had given submitted my answer and thought that the winner was declared and it was over.

Suddenly one day i got a mail from the FBAI saying that i have won a spot in the Cook - off for a chance to win a trip to New Zealand -  the place of great adventure, lovely food, wine, people and culture, the environment and the specialties like the Pavalova, the Kiwi fruit and the succulent  lamb meat.

In the mail had to submit my recipes with the ingredients i wanted and was called for a cook - off at the Apb Cook Studio, which was owned by a well know food blogger Rushina M. Ghildiyal.

The night before the cook - off i was a bit nervous and was in a bit of tension, like what is going to happen, how will it all go, and many more questions.
As i arrived at the studio, i was a bit relived after meeting Rushina and other people.

Before starting the cook - off there was a lot of chit chat going on, who going to make what, what are the different ideas of people, hearing to the people, it made me a bit nervous, as the recipes and the dishes which was going to be made by them sounded very interesting and mouth watering, but i remained confident, and said lets make it and no matter what the result is, i hope it will be a fun session.

The time arrived, everyone got to their own cooking stations, took the ingredients they wanted and hit it off and started cooking.

As time was passing by, people started coming in, and while cooking, we were all getting to know each other, like what is the profession and what was happening at the cooking counter. 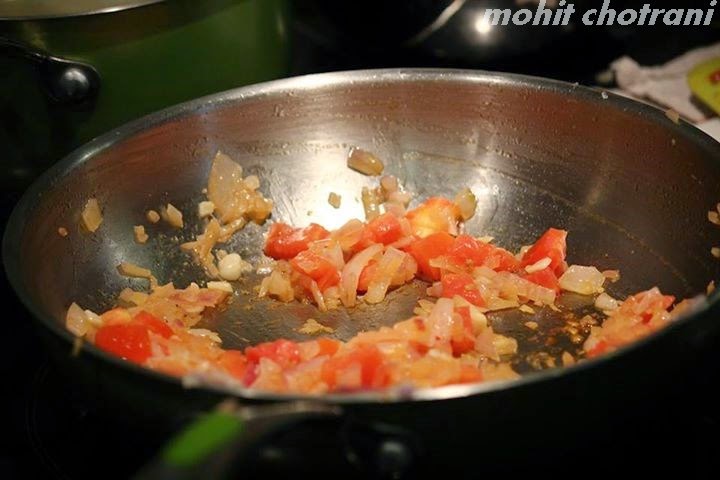 I had decided and come, may what happen, i have to complete my dishes, which included,
Sweet Bruchettas  -  made using the fruit from New Zealand - Kiwi 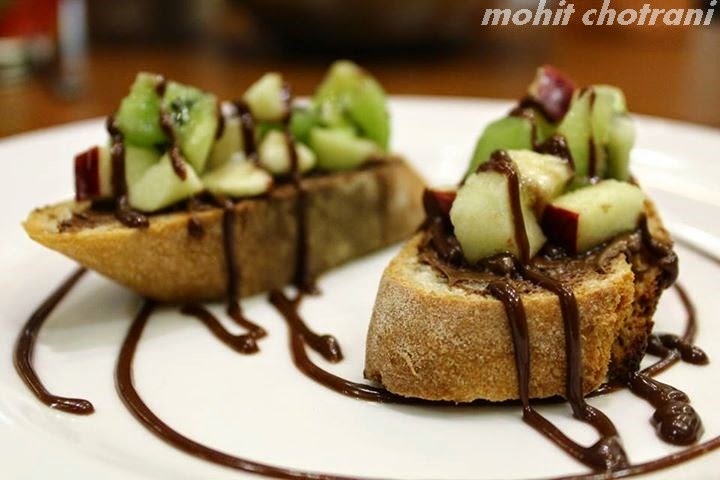 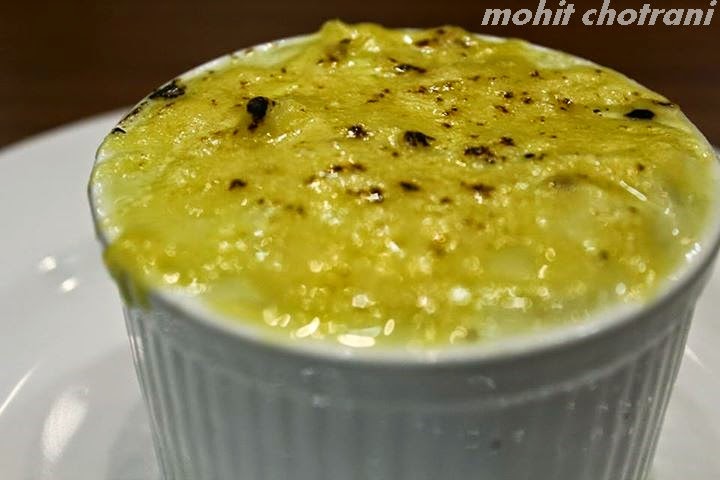 and to end the meal, i had a smoothie
Refreshing Kiwi Smoothie - healthy, refreshing 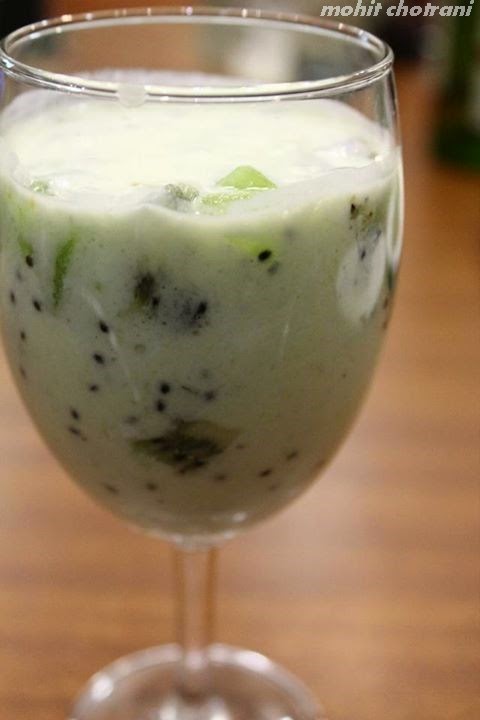 As time was passing and cooking was happening, there were sizzling sounds from the pans, aromas of New Zealand in the studio, wine being poured, some snacks being served which were made by the people of the Apb Cook Studio.

To be honest, they were a big support in the making of the food, they go everything arranged, the helped in whatever things we needed and asked them.

This is a place where i met many people, made new friends, and got to learn a lot from people around me
like, Aarthi Basrur, Prachi Joshi and Pushpa Moorjani, and others as well, i would also like to thank these people for teaching me.

So in the final minutes, everyone started plating up the food and got it to the table and was waiting for the judges to taste the food and announce the winner.

All the contestants sat on the table, while some lunch was served, while having the lunch, all were eagerly waiting for the results and wanted to know that who is the lucky one to enjoy New Zealand and have fun there.

While there was lunch and some chit chat going on, people were talking, and waiting, the judges were busy tasting the food and deciding the winner.

The winner was announced, Aarthi Basrur it was, I was a little disappointed by my self, but guess what, it was a stepping stone and a learning part which ill always cherish and may be in future ill win. This was the only thing which made me strong and i know, i dint leave the place losing something, i won the hearts of many people with my food and also won the friendship of many people there.

To end the day, there was warm and goey and amazing lemon curd tart for all of us, and a wine bottle for all the participants and a small goodie bag of candied fruits for everyone over there.
P.S - the fruits were brilliant and got over in no time after coming home.

Last but not the least, the event was wonderful, i enjoyed myself, learnt alot, made friends, got to know people. Thanks to each and everyone present there and specially the APB Cooking team and Beacon Holidays for organizing such a event.