on May 28, 2014
On May 20, 2014, a new chapter was written in the books of KitchenAid when there was an event organized which consisted of 2 of the greatest names in the kitchen industry, Chef Vikas Khanna and KitchenAid.

KitchenAid India today launched its powerful and sophisticated dynamic appliance - The KitchenAid Pro Line Cordless Hand Blender in association with Masterchef Vikas Khanna in Mumbai.
While, the cordless blender is a unique, first of its kind, versatile product, it comes with an ultimate experience of ‘anytime anywhere’ blending.

That day, Chef Vikas Khanna launched his 15th book- Hymns from the Soil, the first book on Indian vegetarian food and a tribute to Mother Earth and her offerings.

The cordless hand blender is a magical kitchen wand that comes equipped with a rechargeable battery which gives it the power to perform efficiently. The super blender can blend, mix, whisk, chop, froth, puree, shred and whip up anything in a flash. 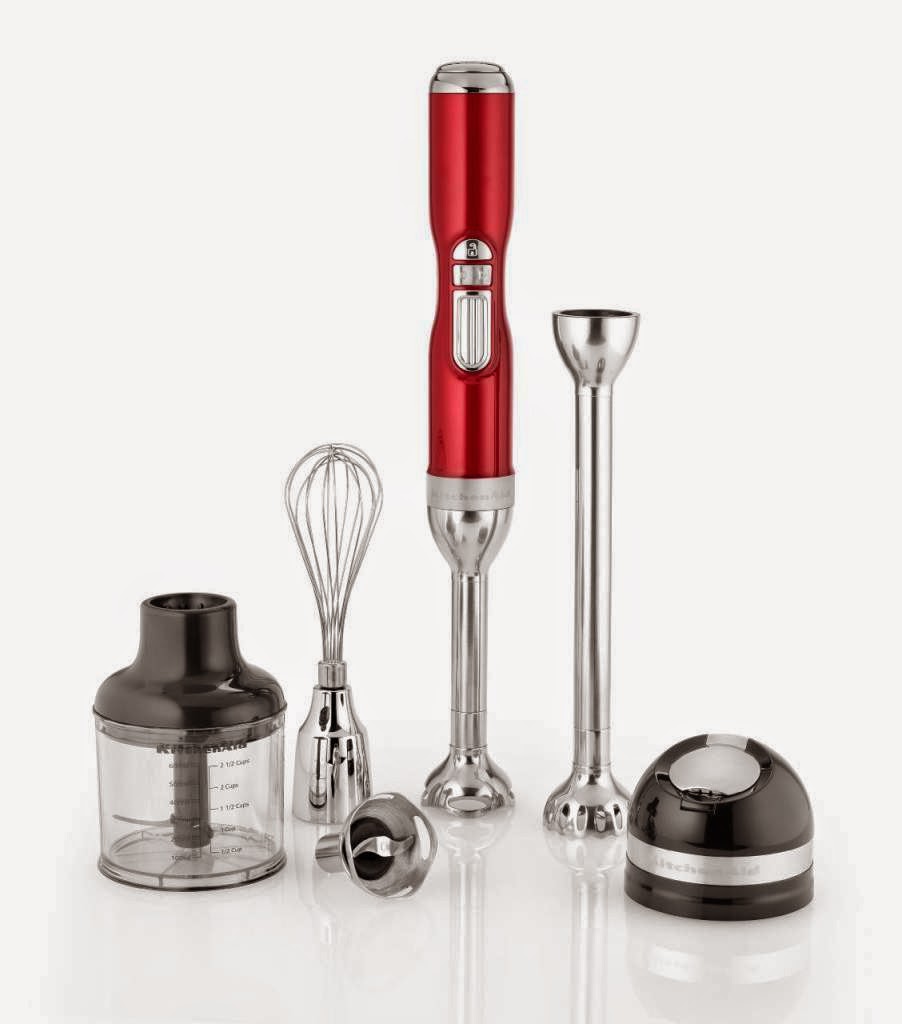 The event began with Mohit Jain, Regional Director- KitchenAid Small Appliances, Asia-Pacific, giving a brief idea about the company and the products they have to offer to the people. He also mentioned “As a brand, we promise to fuel culinary passion and the launch of the KitchenAid Pro Line Cordless Hand Blender is another step in that direction. Our brand is synonymous with flawless performance and cutting edge design and that is why most chefs choose us for their homes.The newly launched cordless blender is a beautifully designed toolkit for the chef in you. It is a brilliant combination of sophistication, simplicity, unmatchable design and yet powerful. It not only gives you the freedom to blend anywhere but also encourages you to invent new recipes on the go.” 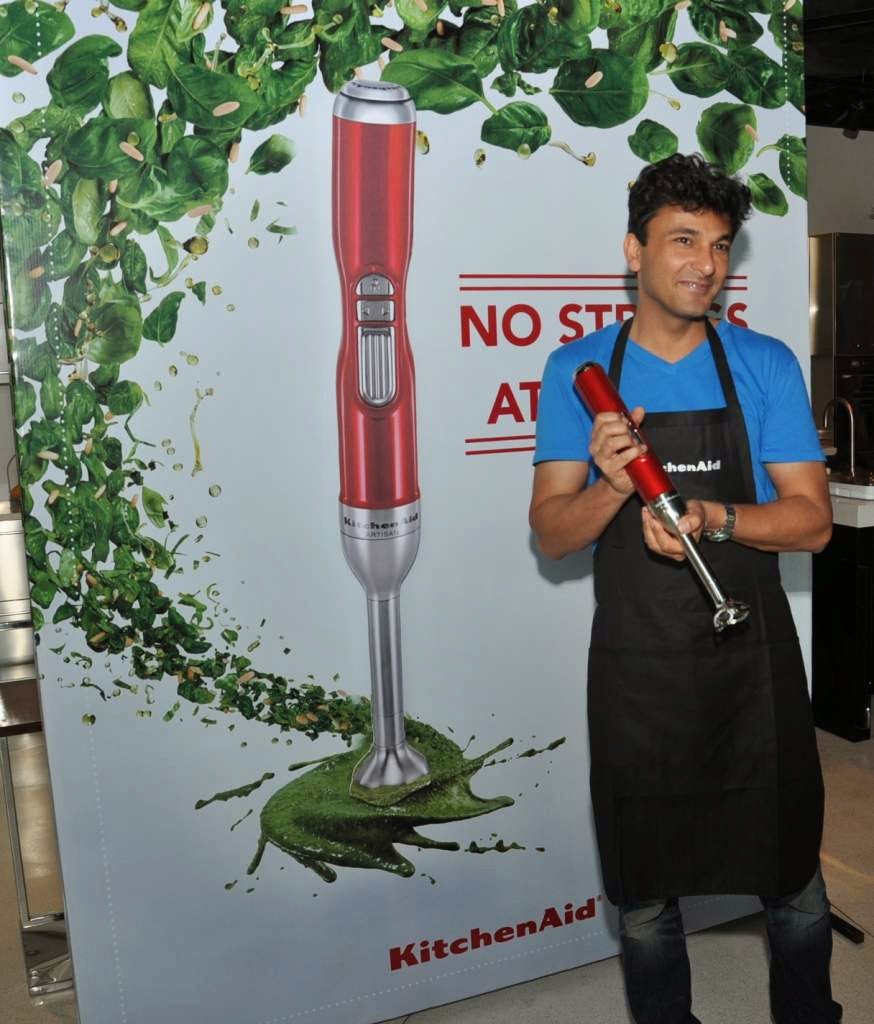 Vikas Khanna added, “It feels great to be associated with KitchenAid India since I have spent many years innovating recipes with the brand’s iconic appliances. The Blender is a great tool for the kitchen and a must for people who are versatile and like creativity in their cooking style. I also feel proud to launch Hymns from The Soil, a vegetarian saga along with KitchenAid. “Hymns from the Soil”, is an exquisite amalgamation of gentle, pure, heart warming vegetarian food that sings with the nature’s produce. 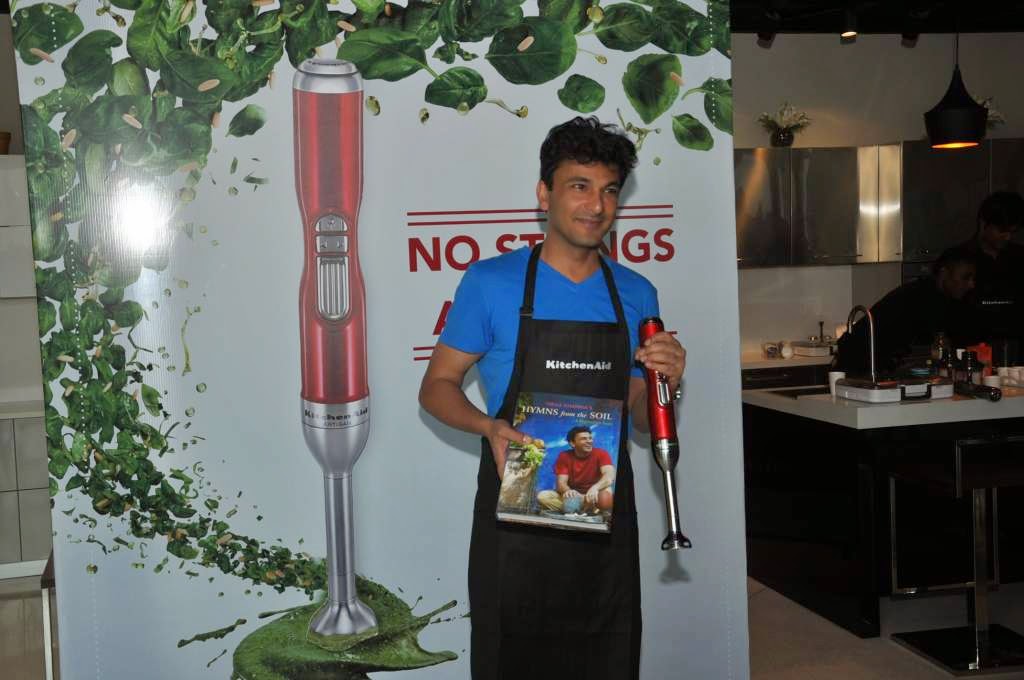 About Hymns from the Soil

In India we often call our soil, the Mother Earth or Dharti Maa. Mother Earth, in all languages, cultures in India is synonymous with the gentle, soothing, caring mother who loves and lives for her children. The beautiful vegetables and fruits growing in the purity of the soil are yet another form of her love and affection for her children. With “Hymns from the Soil” Chef Vikas Khanna offers his gratitude and prayers to Mother Earth for her abundance. 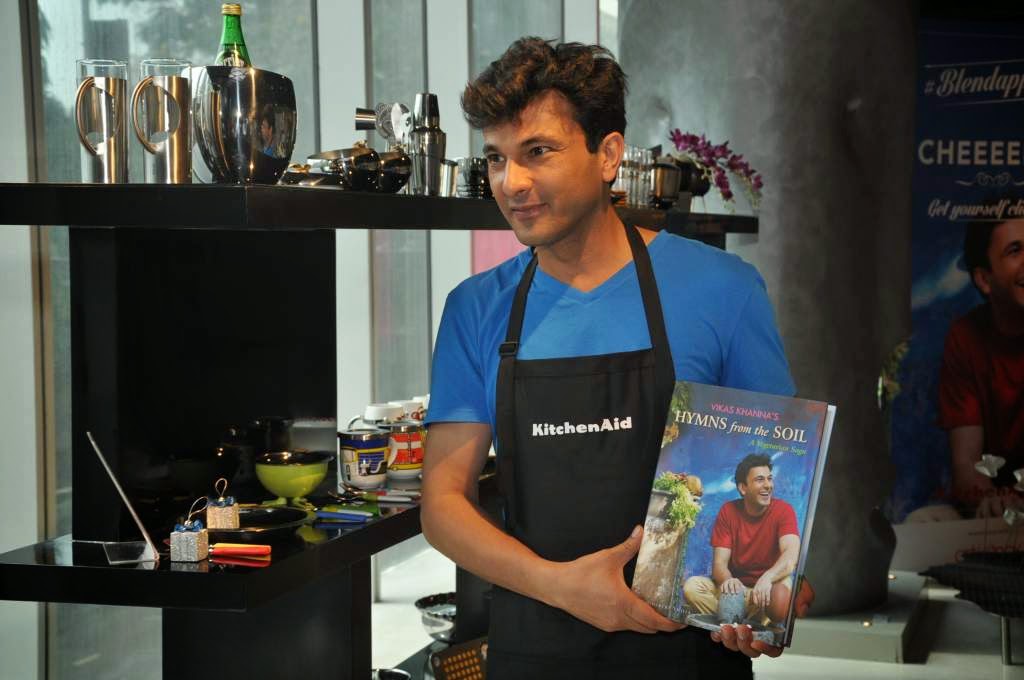 The recipes in the book draw the attention to the purity and spirituality of vegetarian food. The book revolves around vegetarian food. It also brings the food journey interspersed with Vikas’ own personal journey - whether it is going back to his kitchen garden in Amritsar and waiting for the cardamom to grow as a curious child to exploring the cardamom spice farms as an adult.

This is one of those great books vegetarian i have read in a very long time. The book is full of beautiful pictures, and short stories and lovely recipes, devoted to the mother earth and thanking it for the wonderful produce it has given us. 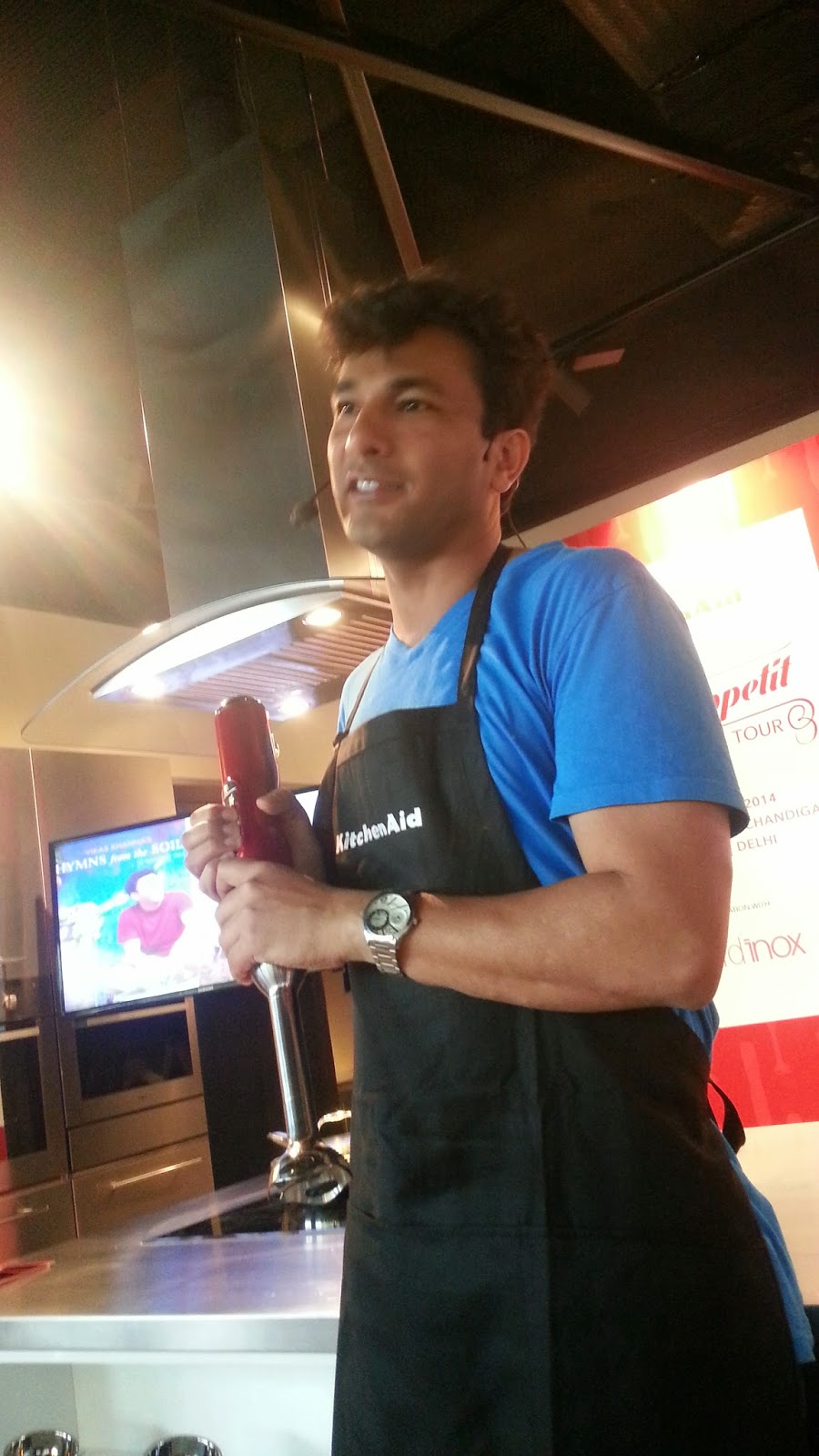 While the event was on, and Chef Vikas, had revealed the KitchenAid cordless hand blender, he was into telling us some short stories which he encountered while writing the book and clicking pics. 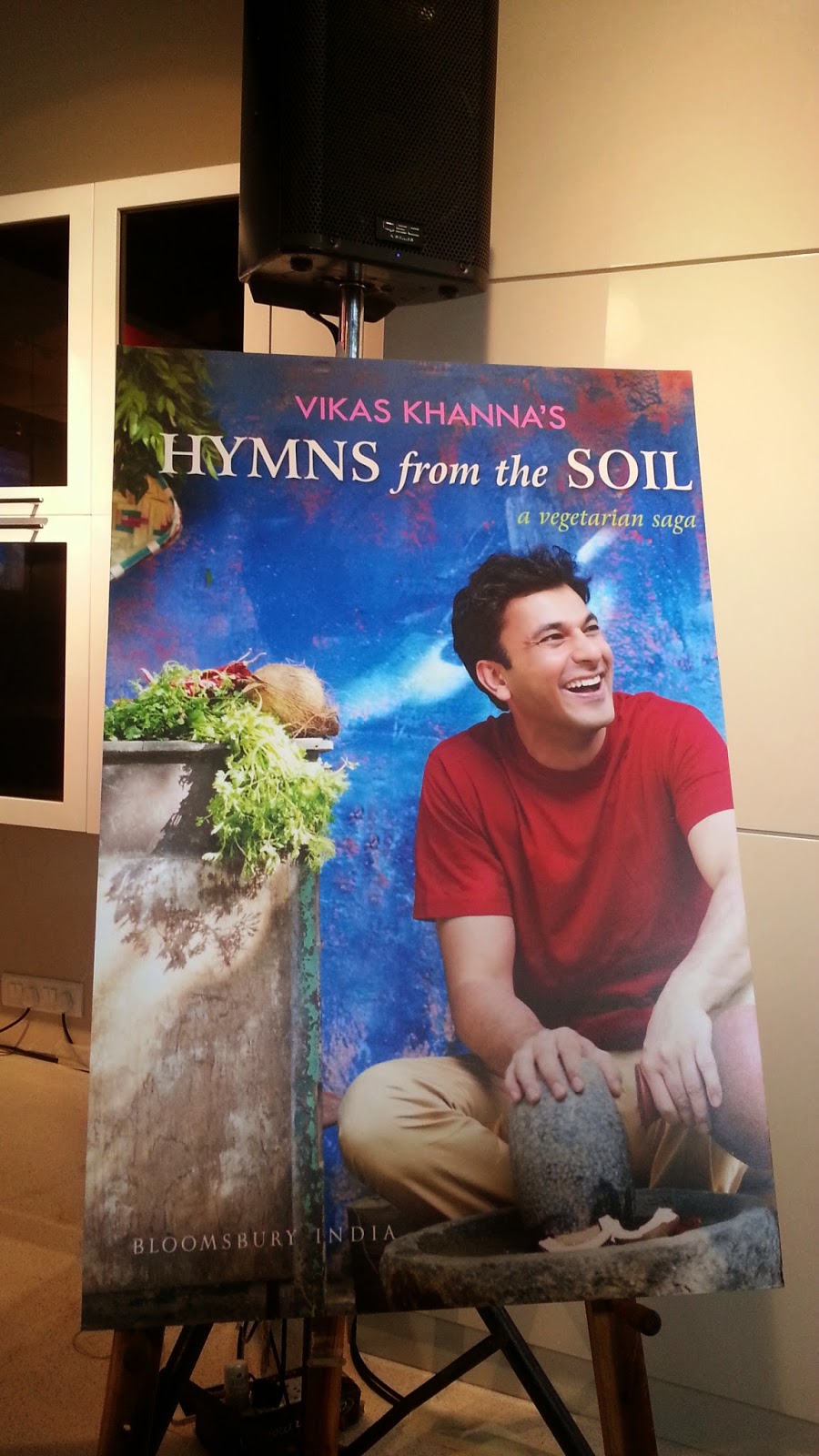 One story which I remember was that he had his friend from France who was taking pictures for them which were suppose to be in the book.
The came across a lady on the roadside selling mangoes, she would be in her 80s or so.
She had five mangoes in all which could would sell and earn money, then the photographer friend wanted to take a picture of the old lady, and he told Vikas to tell her to allow her to take the picture as there was a language barrier.
The friend somehow managed to communicate the message in sign language and the lady allowed her to take the picture. After the shot was taken, the lady wanted to see the picture and when she saw the picture, there was a smile on her face and then handed over one the mangoes to the person.
He was like, i cant take it and tried to offer her money instead, but she refused to take it.

This short story, made me realize again that, communication by words is not important, but the feeling and the words straight from the heart are which is necessary.

At the launch i got to meet one of the greatest personalities in the kitchen industry, and meeting him was on my wish list from a very long time, which is now checked. 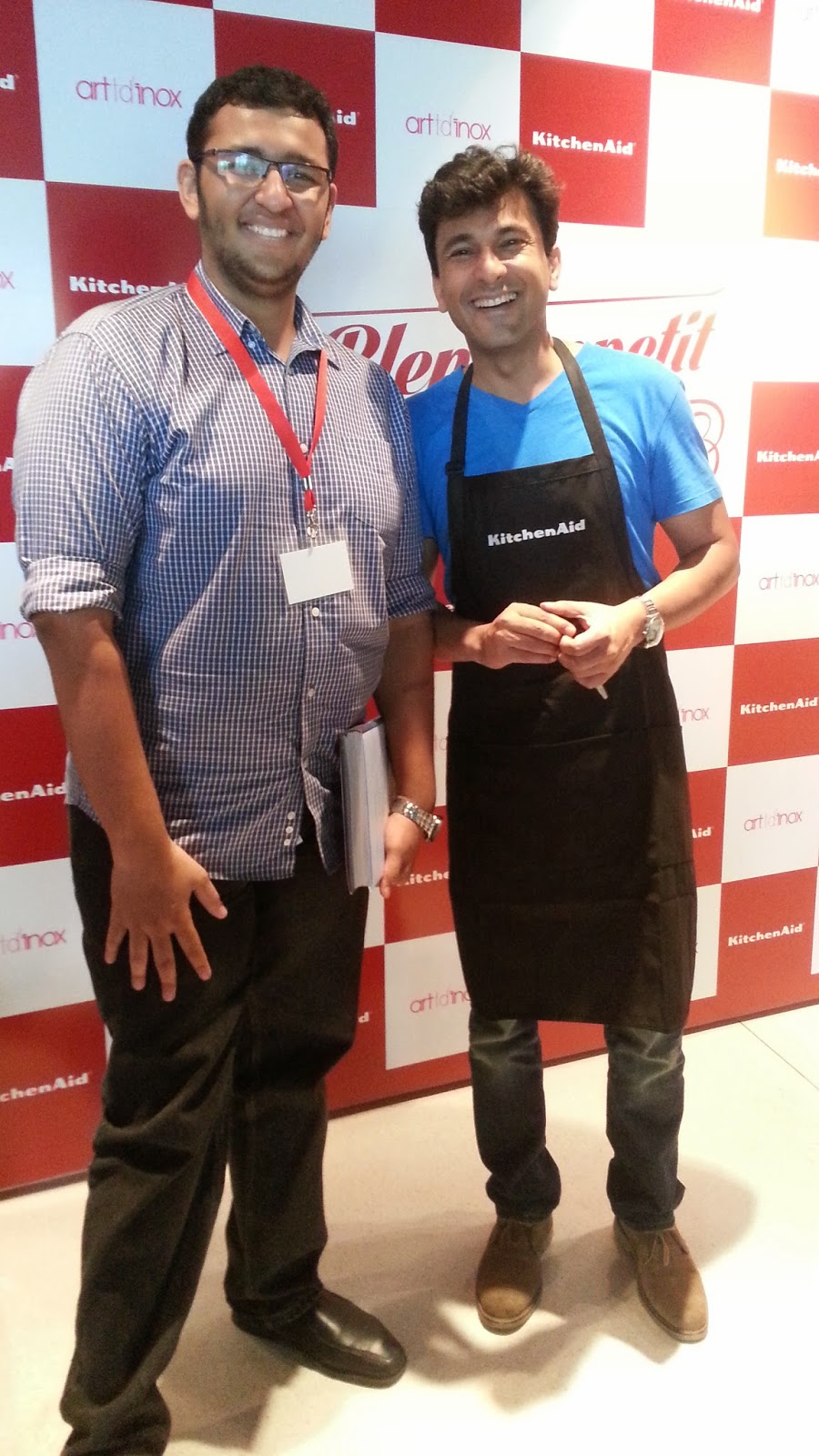 Not to forget, he also demonstrated the blender and made an amazing looking kiwi slush, juice, dont know what it was, but it was for sure amazing. 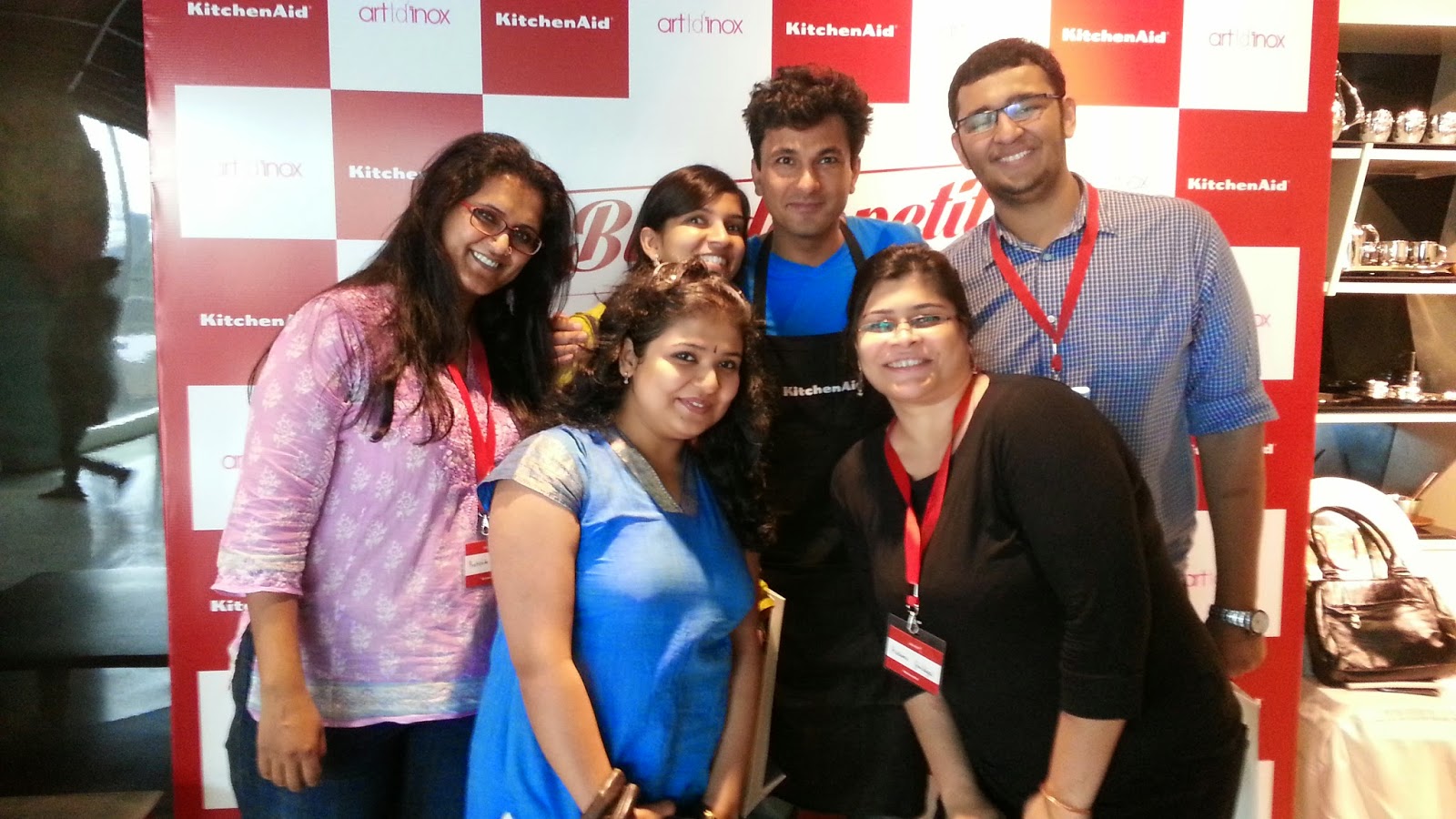 Before leaving the, there for sure had to be some interaction with the chef himself, and to be honest, i havent met a person like him in my entire life.
Just amazing, so down-to-earth and friendly.
And meeting some of my Blogger friends, we had to take a group picture. the event wouldn't be over without that.