Mothers Day, the word it self tell that its dedicated to all the mother around the globe.
On this day, every child wants to do something special for his/her mother to make her feel special and give her a token of appreciation in return for what she has done till date.

The raising up, the taking care, feeding, playing, teaching, a mother plays soo many different roles in the life of the child and plays till death and in return never asks for something.
So in return, the child wants to give her all the happiness she deserves and make the day special for her.

On the occasion of Mothers Day, this year I got a chance to experience a wonderful thing, to stand up in a cook-off along with my mom on my side help me competing against other mother daughter/son duo.

But as they say in Mumbai, that it is easy to find a job, but difficult to find a maid, and that difficult made caused a problem for me for the competition, my mom dint come because the maids were more important that the competition and the mother-son duo.

So after arriving at the Palate Culinary Studio, i was in love with the place, it was like a perfect kitchen, which i always wanted, it was cute, simple, colorful, gave that homely feeling and felt like just to stay here the whole time and cook and cook and cook.

I had planned alot for this day, that ill be making soo many different things, but the moment i arrived at the place and had a look at what all we are going to get, my whole planning was a waste, as the things i expected were not there. I started to use my brains and began thinking on what can be done with the ingredients provided, what i can make, how can i do something to impress everyone.

Everyone arrived, started meeting and getting to know everyone like always, and soon we got behind out cooking stations, and wore that apron, everyone got in to the mood of cooking,
As soon as i got the things i needed, there was like a fire in me which said, lets rock it and made my determination full. 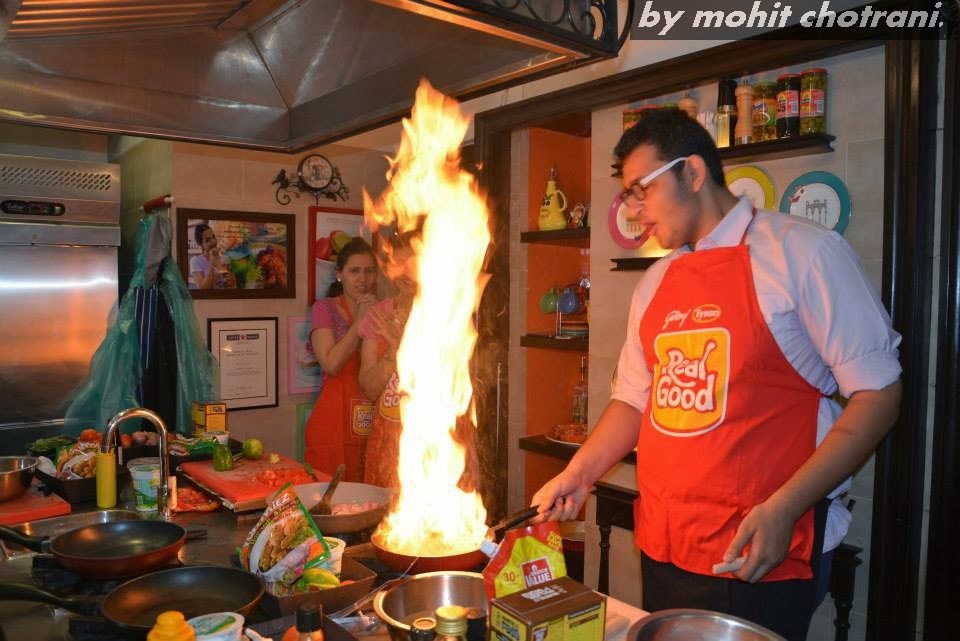 We had a challenge to cook 2 dishes using the Real Good Yummies sausages and the hara bhara bites, and had to be innovative and use them in whatever way possible.
Everyone got busy cooking and doing some chit chat, asking what are they going to make, so they can steal some ideas. 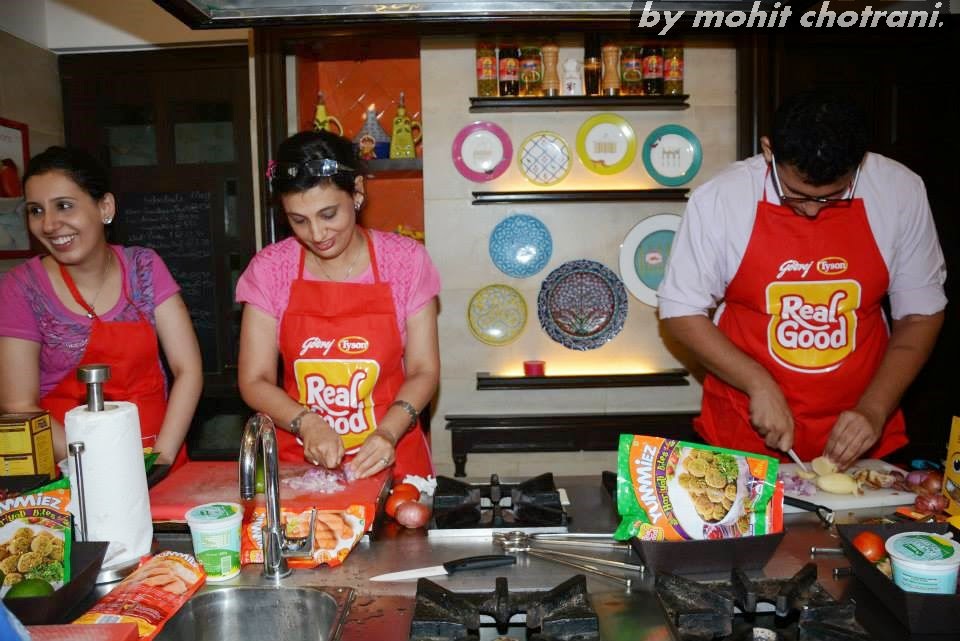 There were lovely aromas in the kitchen, there were noise of pan sizzling, vegetable being chopped and amazing dishes in process. Everyone was making what came into their mind at the moment, and looking at them, it dint look like it was like a surprise for people. 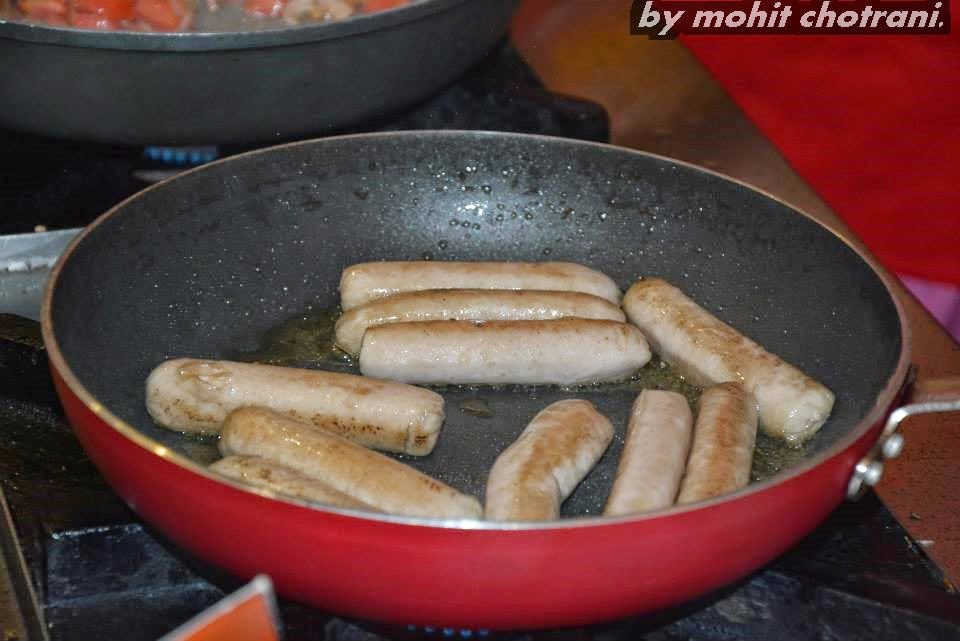 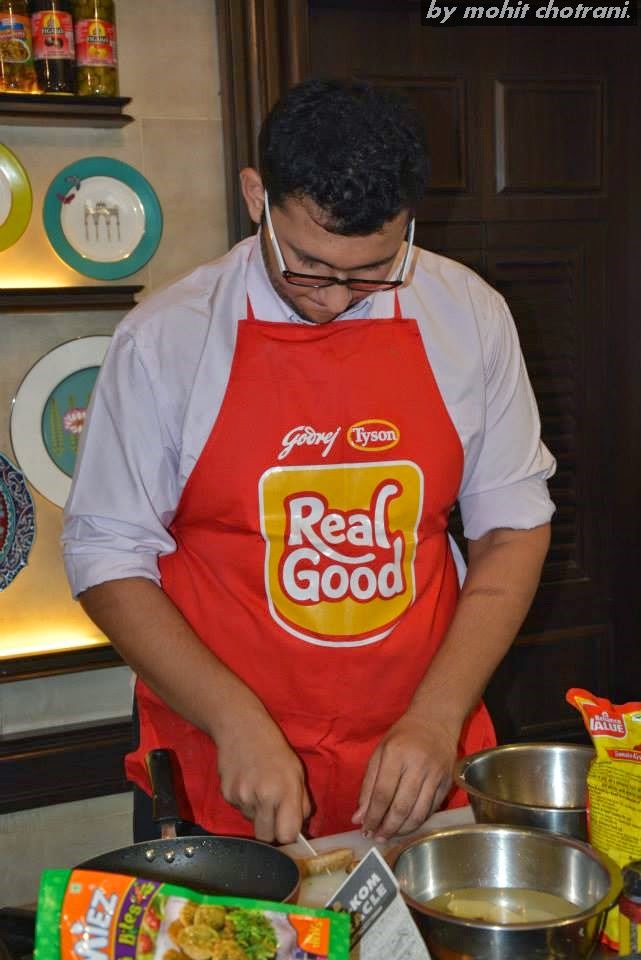 As time was passing, i could see that food is getting ready and people are plating up the food, getting ready for the tasting which was going to be done by Chef Vicky Ratnani. After knowing that he was going to taste the food, i had to give it my best, and make something special that he would love.

On my table i had a croquette stuffed with sausages which was served with a tzatziki and then the hara bhara bites were served with a raw mango flavored tzatziki. 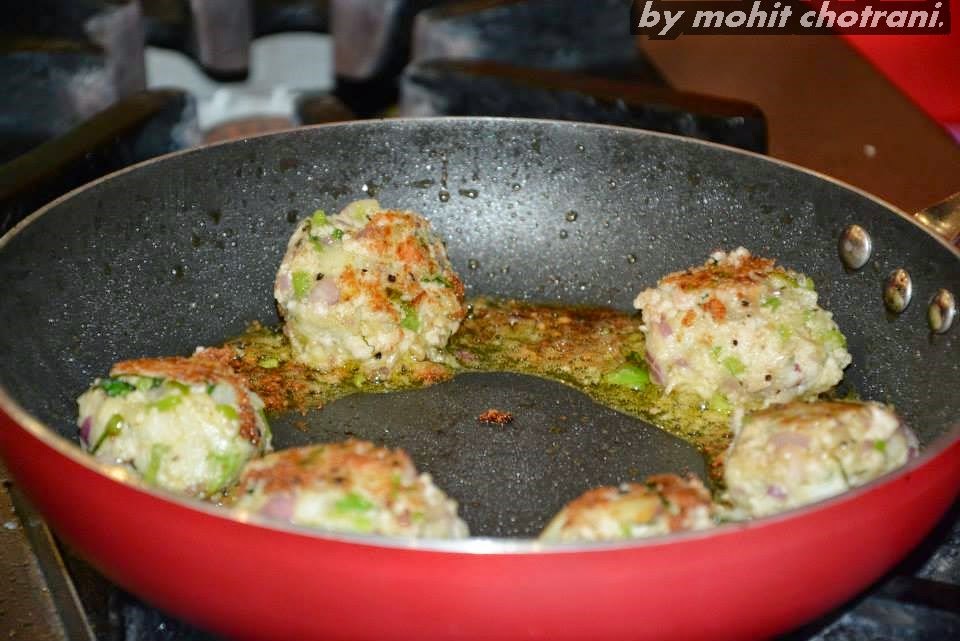 There was one team already read with food, that was the team of Zenia Irani with her mother. Looking on their counter, i said i need to hurry up and finish my dish, 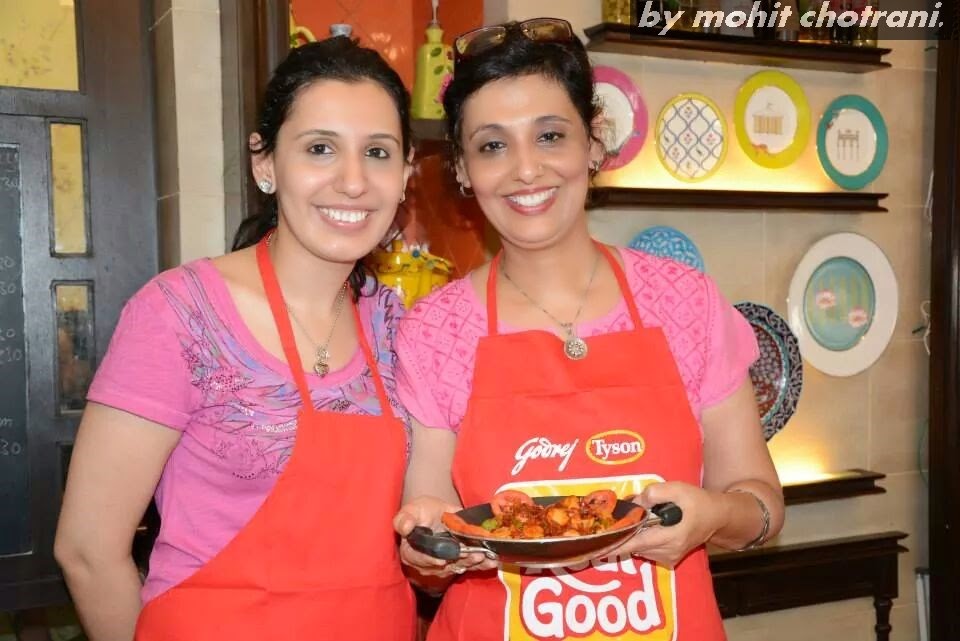 The dish was soon completed, then started the plating, and ready to be served to the Chef for tasting.
The Croquette consisted of a base made from vegetables and potatoes and some mashed sausages and then were stuffed along with a piece of the sausage in the middle to act like a surprise. 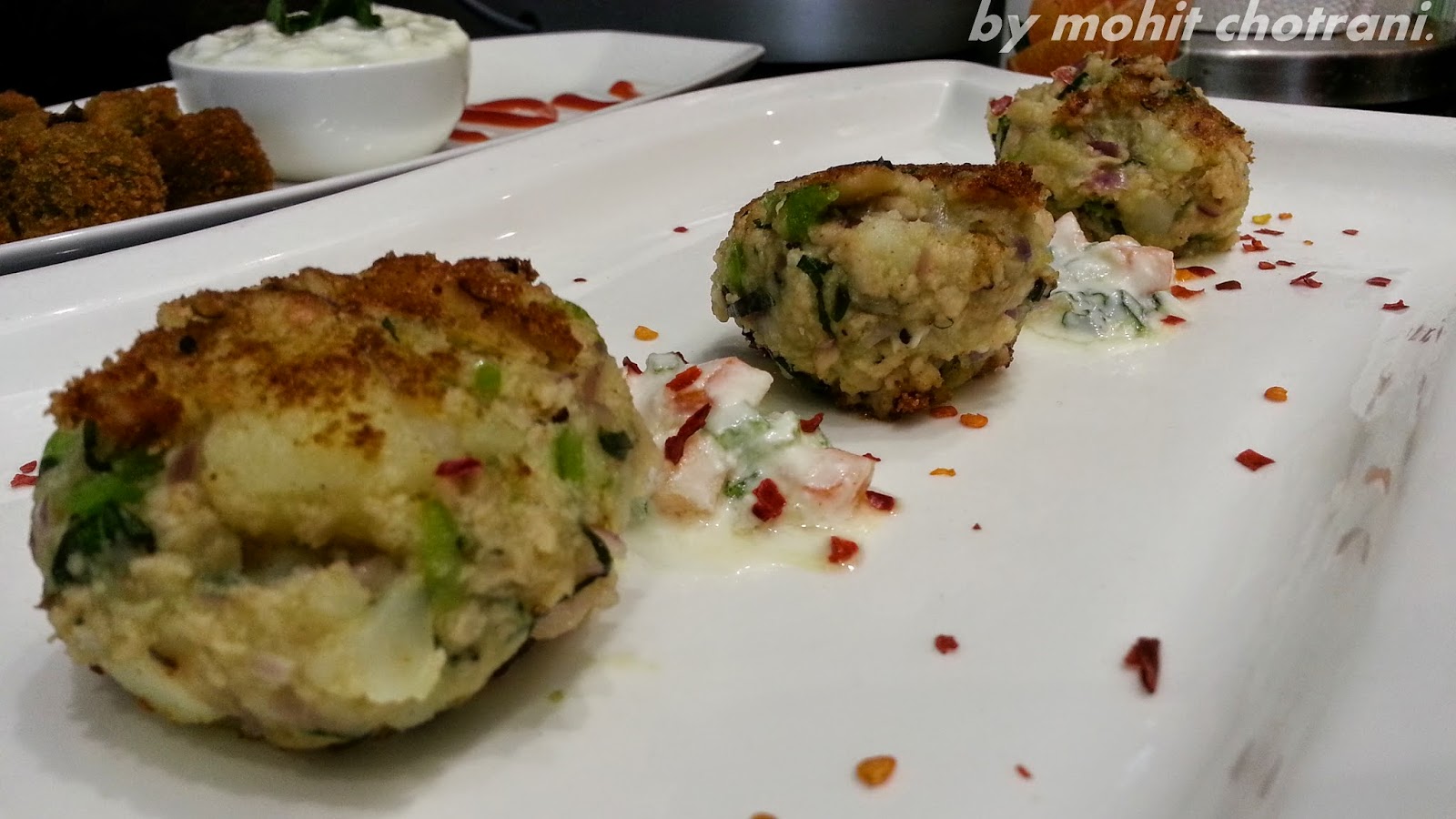 Soon each team was ready with their food, and were eagerly waiting for the Chef to taste the food and grade them the accordingly.


It seemed to be a very difficult competition, as by looking at him, it could be noticed that it was difficult to judge and score each dish as they all looked amazing and tempting, i just wanted to dig in all of them and eat up.

After all the dishes were tasted, the chef, announced the winner, and no doubt, i personally found the dish my self amazing in taste, presentation, and innovation.
It was my old friend Purabi Naha along with the youngest sous chef in the kitchen, her son who help her in making this wonderful dish.
And i think i know the reason she won the cook-off, it was because of the little help from her son, which made all the difference to it. 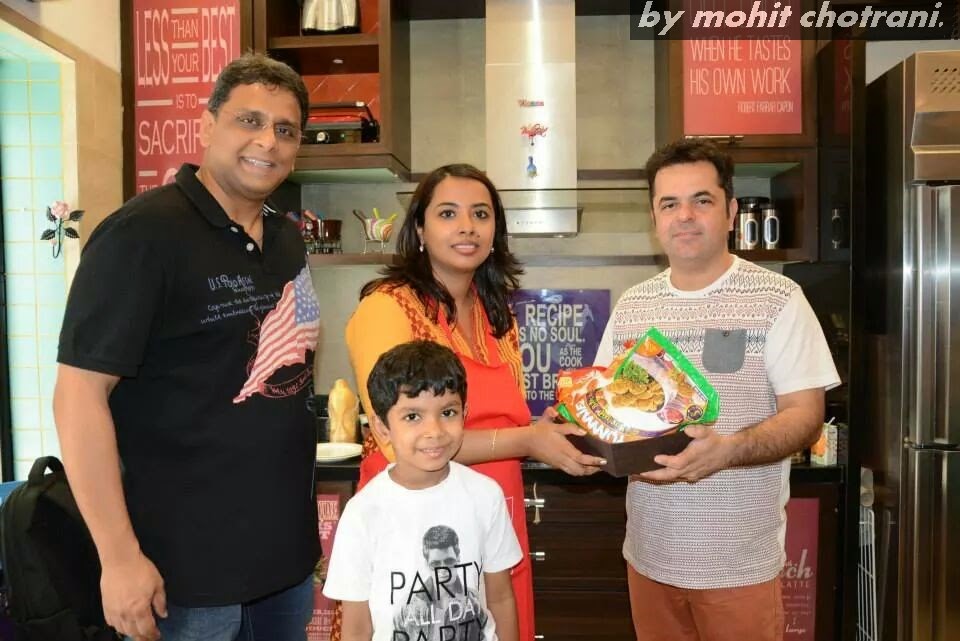 The wining dish which Purabi Naha had presented, was a stir fried veges like dish with sausages and then it was the tomatoes stuffed with the hara bhara bites and a secret chutney on top. 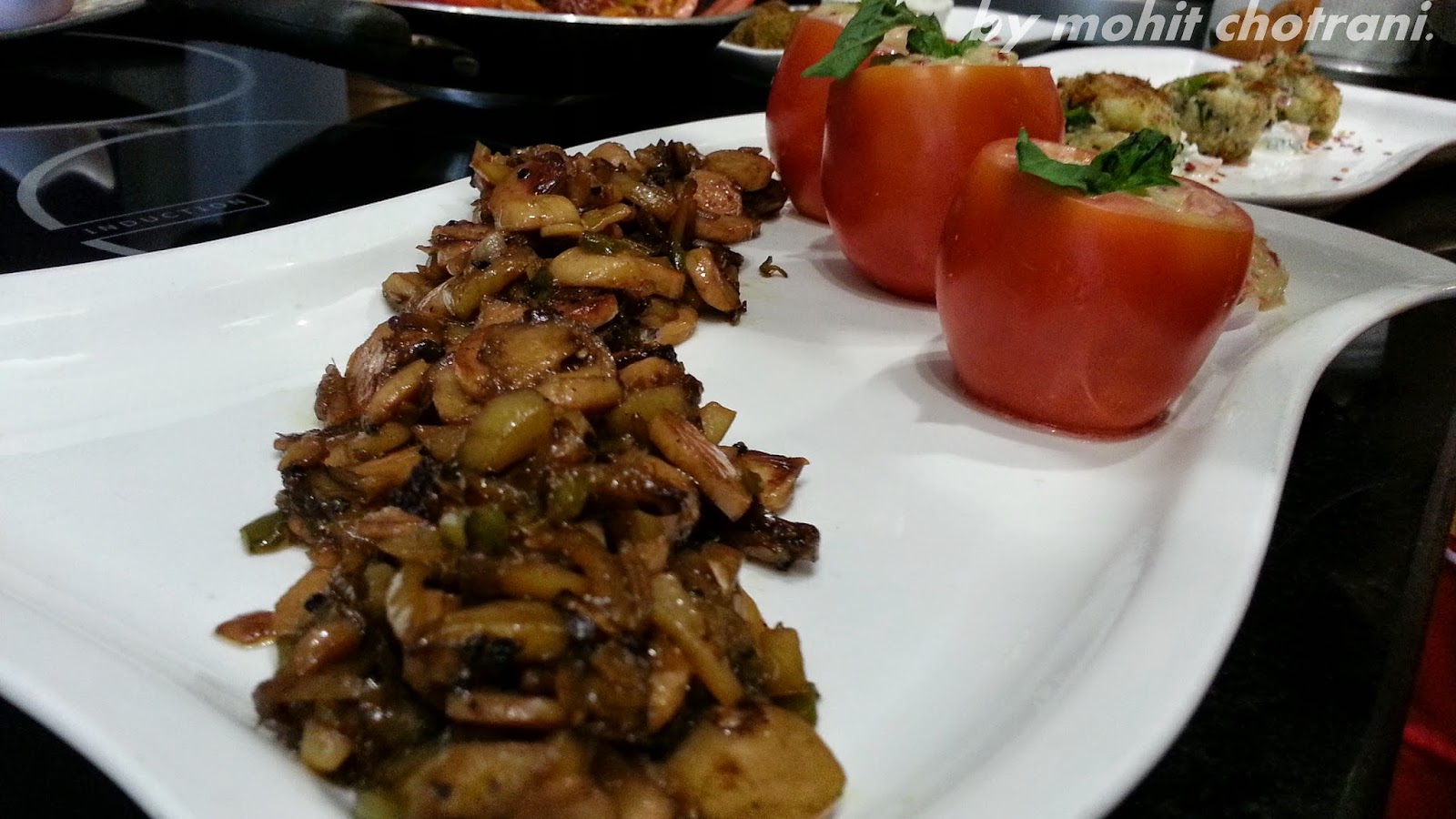 After an amazing cook off, there lunch for everyone, where they all engaged in talking and chit chatting, then there was clicking photos, discussing what more could have been done and how everyone like each others food.
I was lucky that i got to meet the Chef Vicky Ratnani once again and honestly speaking, he is a very chilled out person, got know him more and how a gem of a person he is. 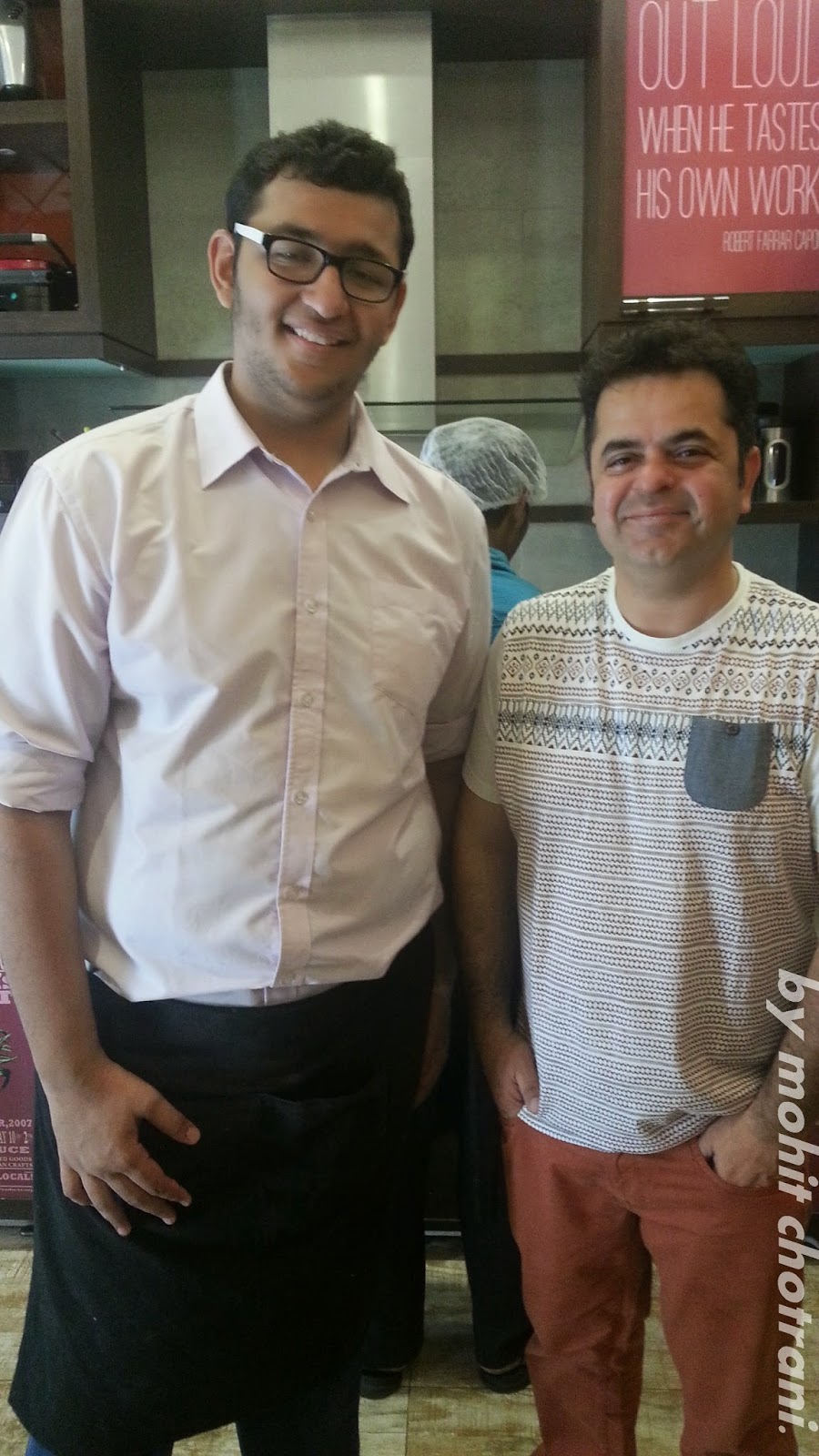 To end the event, we had everyone dedicating a lovely message to their mothers and how they are thankful to them.
And then it was the chef giving out a special message for the mothers day and how he enjoyed the cook-off. 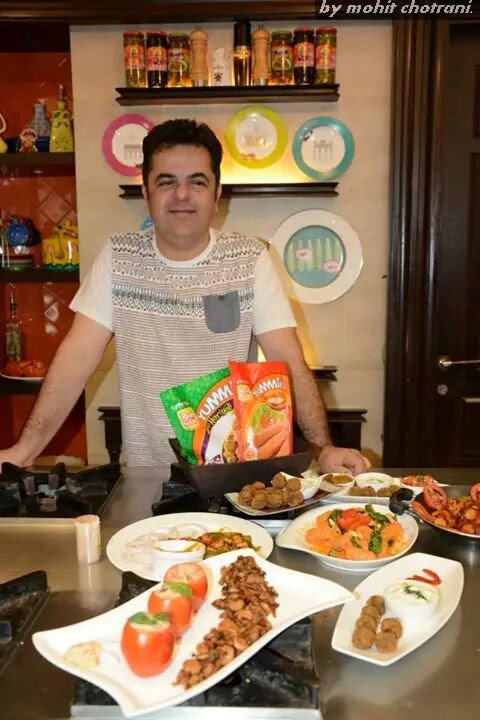 And before leaving, as they say that ek photo to banta hai, it was time for the group picture, including all the big names present over there, the Chef Ratnani himself, to the owner of Palate Culinary - Rakhee Vaswani, to the founder of FBAI - Sameer Malkani and the participants and not to miss the youngest chef of the wining jodi. 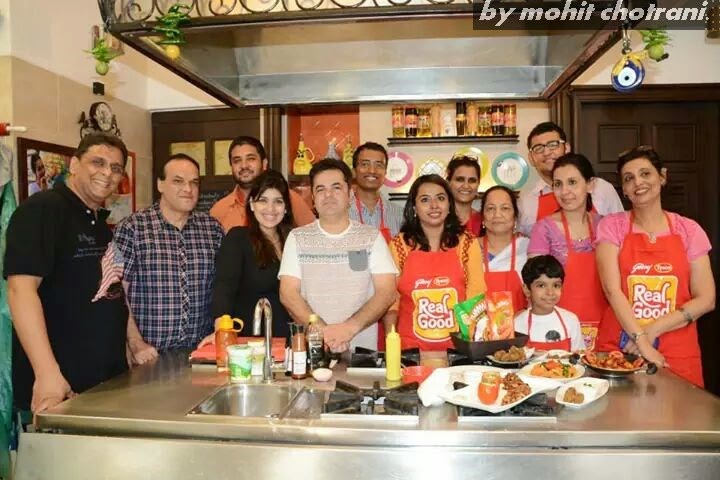 Finally, this Mothers Day was one of the best days i had spent, it was full of fun, cooking, enjoyment, building friendship and making it special for the mother.
All the credit for making this day all the more special goes to all the people present, Palate Culinary Studio, the owner - Rakhee Vaswani, the founder of FBAI - Sameer Malkani, Yummies Foods for providing with all the fun, help and organizing the event.